2 S2000's one NA on flashpro with basic bolt on's and lastly a turbo running a 6266 but with 97 ron fuel will be heavily knock limited but customer only has access to 97 ron.

Luke's bolt on S2000 in for a full tune on a greddy emanage ultimate - its been a while! 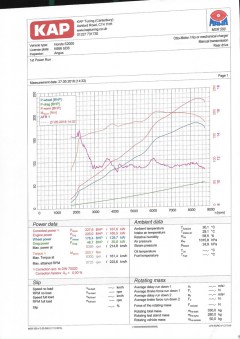 Great to see Pauls GT4 finally put on the road and making great figures on a motec ecu making 325 BHP!

Delighted to commence work on a full tune for Scotts bolt on S2000.

Chris Daniels, dyno result in. Customer very happy and dyno shop surprised at the quality of the etune. 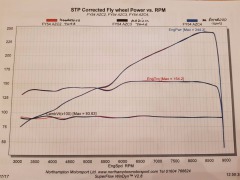 Lewis Straughtons high boost Supersport TTS kit in for a custom tune, should be interesting being high boost!

Nadir all the way from Canada contacted regarding an E tune for his AP2 S2000 with a testpipe and aftermarket exhaust using flashpro. The car should yeild moderate gains and the testpipe is a great bang per buck.

Louis contacted us about his car running poor and sluggish esp from his 2.2L spoon engine!. Investigations lead to a pretty good partial throttle tune even though no WB feedback (but was wired in!) but terrible WOT performance, the timing maps were far too conservative and fueling was bad. This time the customer wanted just a mop up and retuned rather than a full bespoke map.

Dan had his basic bolt ons S2000 tuned and dyno'd making an impressive 10-20 BHP throughout with just a tune and a decat pipe. He also performed a succesful track day with his car too, it performed faultlessly.

Jasons supercharged s2000 on the dyno - a few small fuelling tweaks needed but overall finished on a bespoke map. Making great power at 381 BHP for just 12psi, just shows the last tuners map was very aggressive and would have knocked. 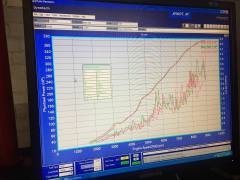 Carls starlet is finished road mapping!, he reported that the rev limit was left as standard 7400RPM but because of the big turbo a higher rev limit was benefical, very tricky with the EMU but we finally attained a 8000RPM rev limit this thing flies!. Customer reports very smooth map in WOT, partial throttle better and MPG up mainly due to scaling injectors properly. 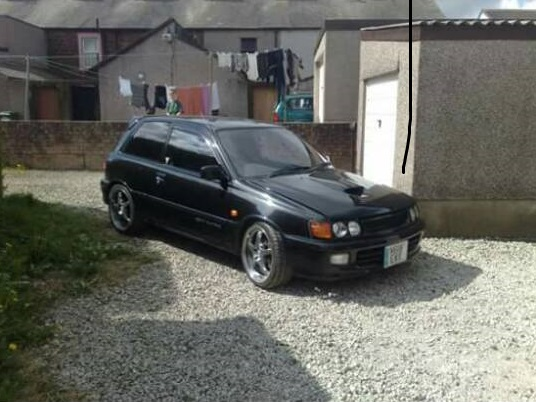 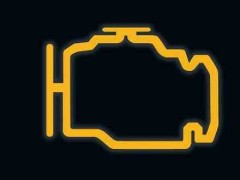